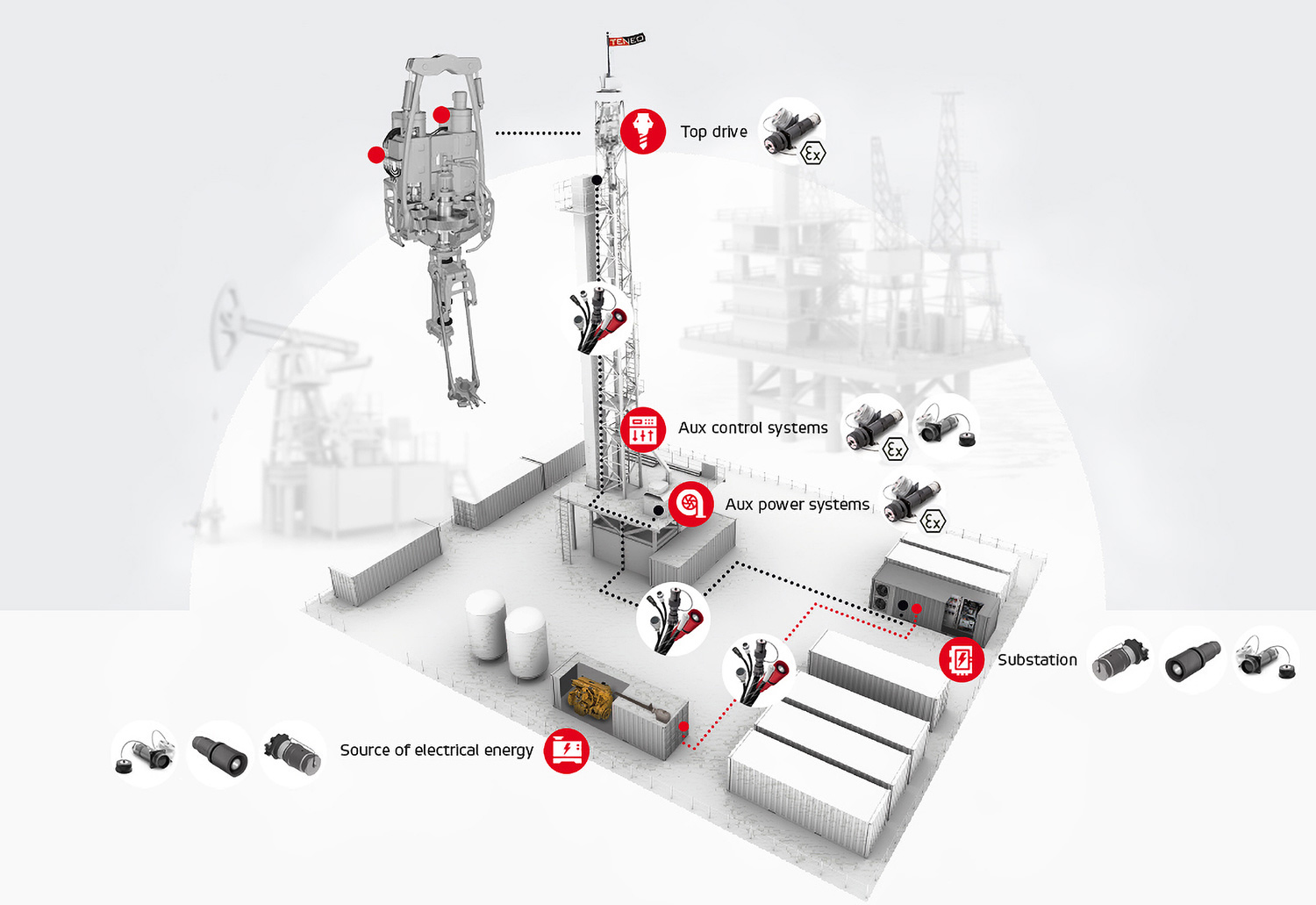 We develop and manufacture solutions for demanding installations in the mining and quarrying industries. Whether it is separate connectors, bundles or complex units, our products are ready to meet the highest demands for long-term reliable operation in extreme conditions and explosive environments.

We are a fast and flexible manufacturer that does not rely only on products from the catalog pages, but comes with an individual solution (design, development, prototyping, rapid production) customized to the needs of your installation.

Harsh environment, hostile climatic conditions and careless handling. We counted on all this already in the stages of development, selection of suitable materials and production technologies.

Thanks to this, you get connectors that are ready to work stably in various climatic conditions for a long time (low temperatures well below -50 ° C, or high temperatures above 60 ° C) to overcome temperature cycles, can cope with humidity, salt water and exposure to aggressive petroleum substances. and chemical products.

EX certification for explosive environments (ATEX, IECEx) is a matter of course. This makes it possible to use the TENEO solution even in places where there is a risk of electrostatic discharge (ESD) and electromagnetic interference (EMI). 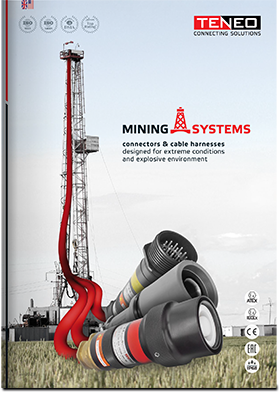 resistant to strong vibrations and shocks 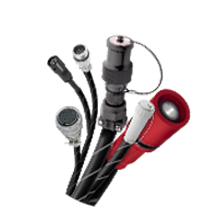 Thanks to the diversity of our products, we can build a customized power, control and auxiliary cable harnesses. 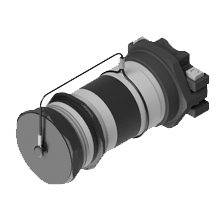 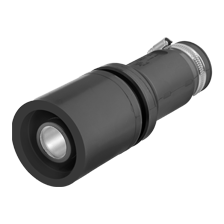 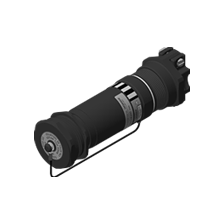 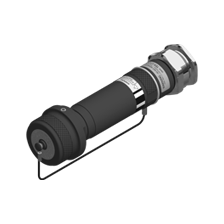 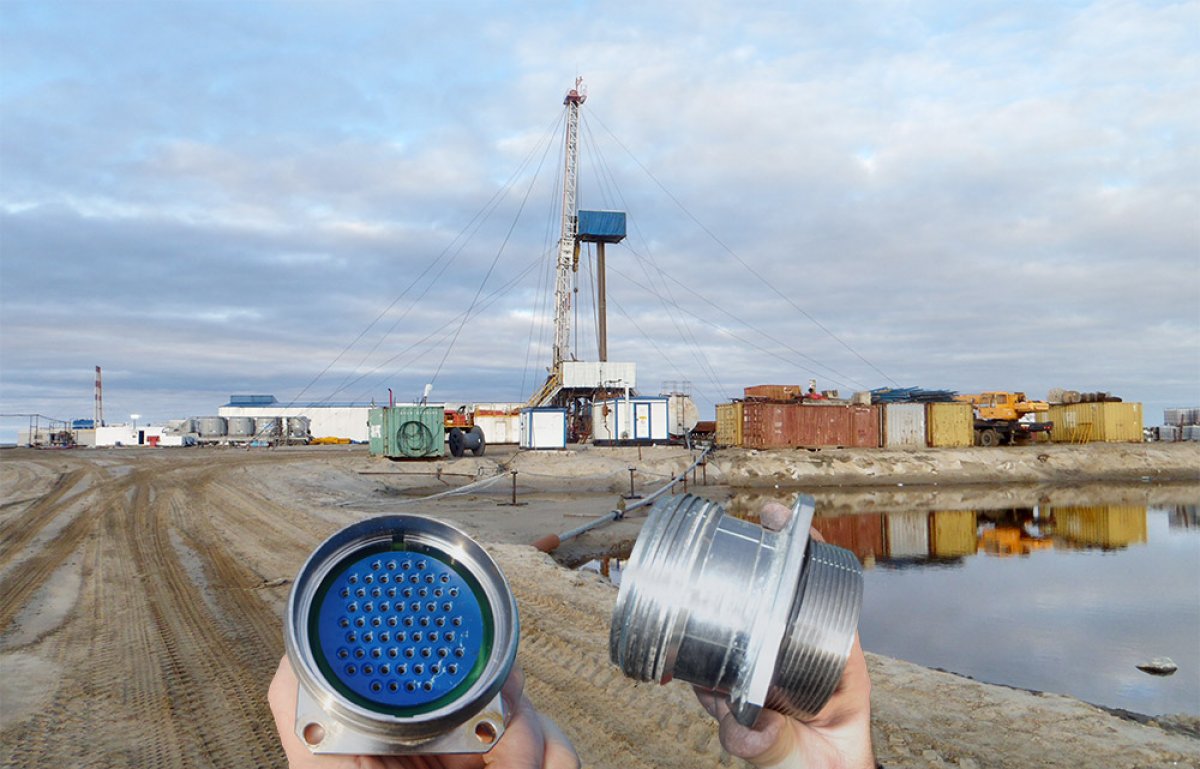 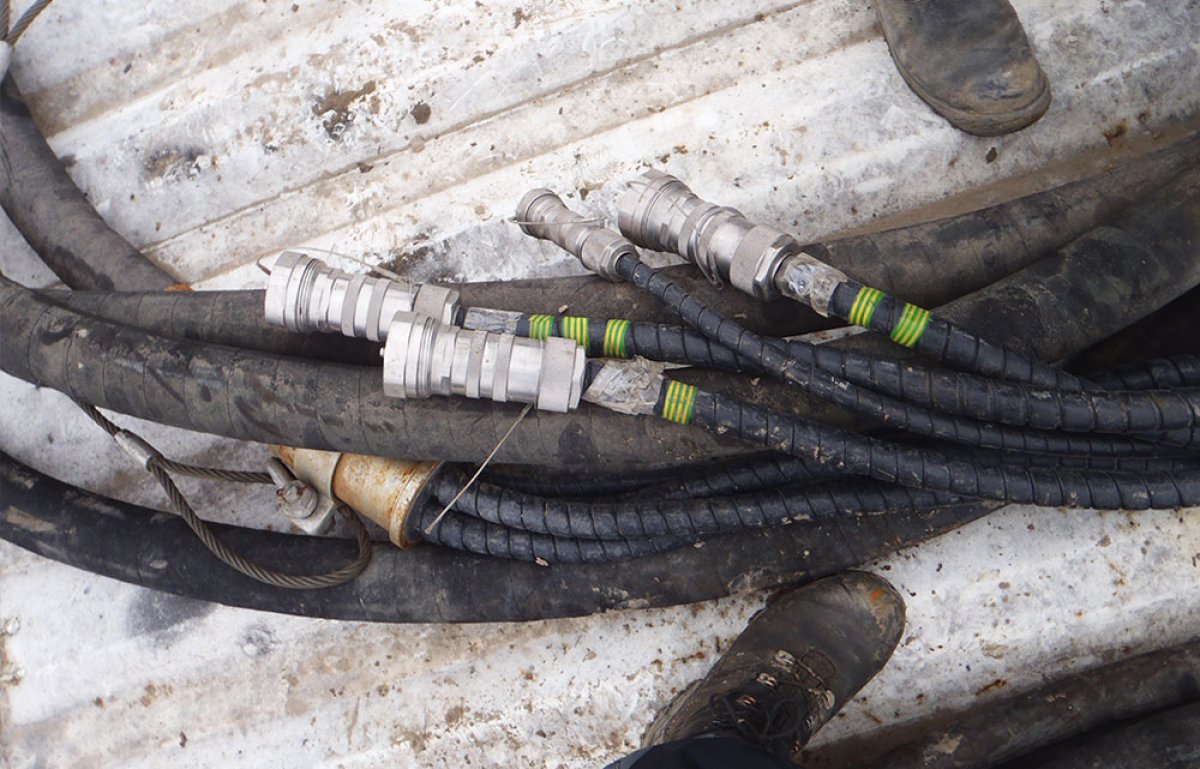 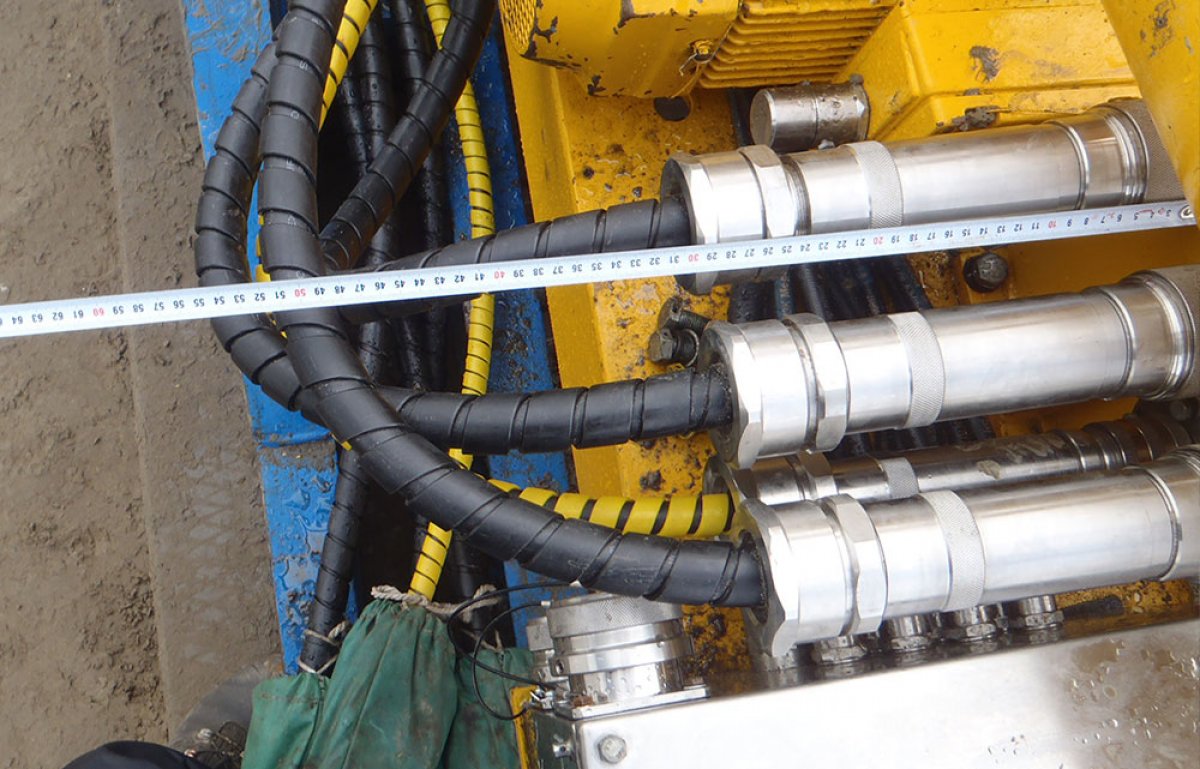 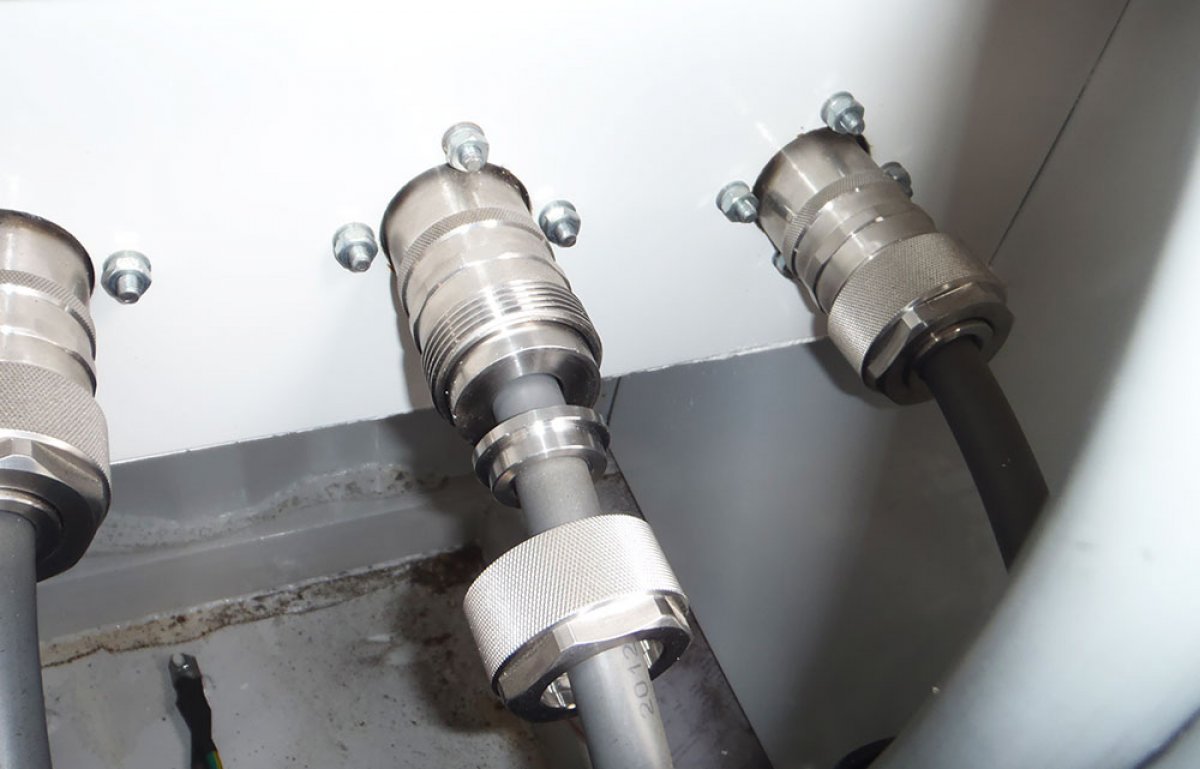 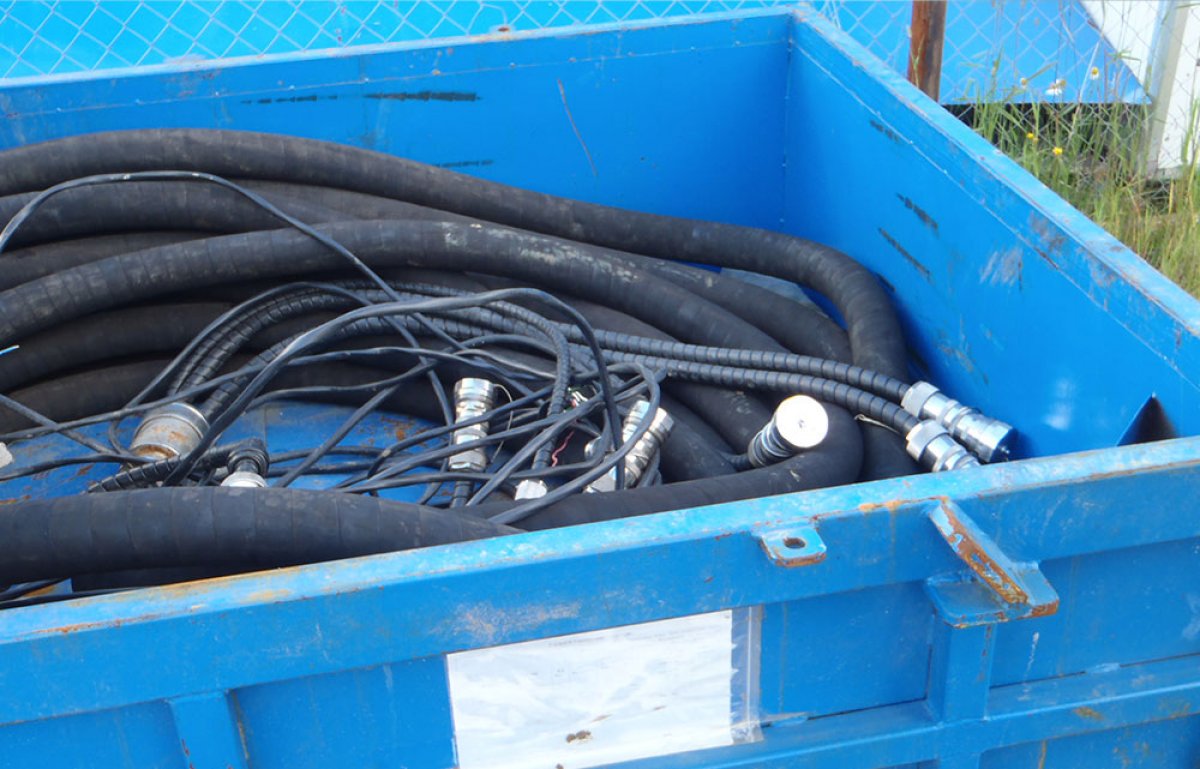 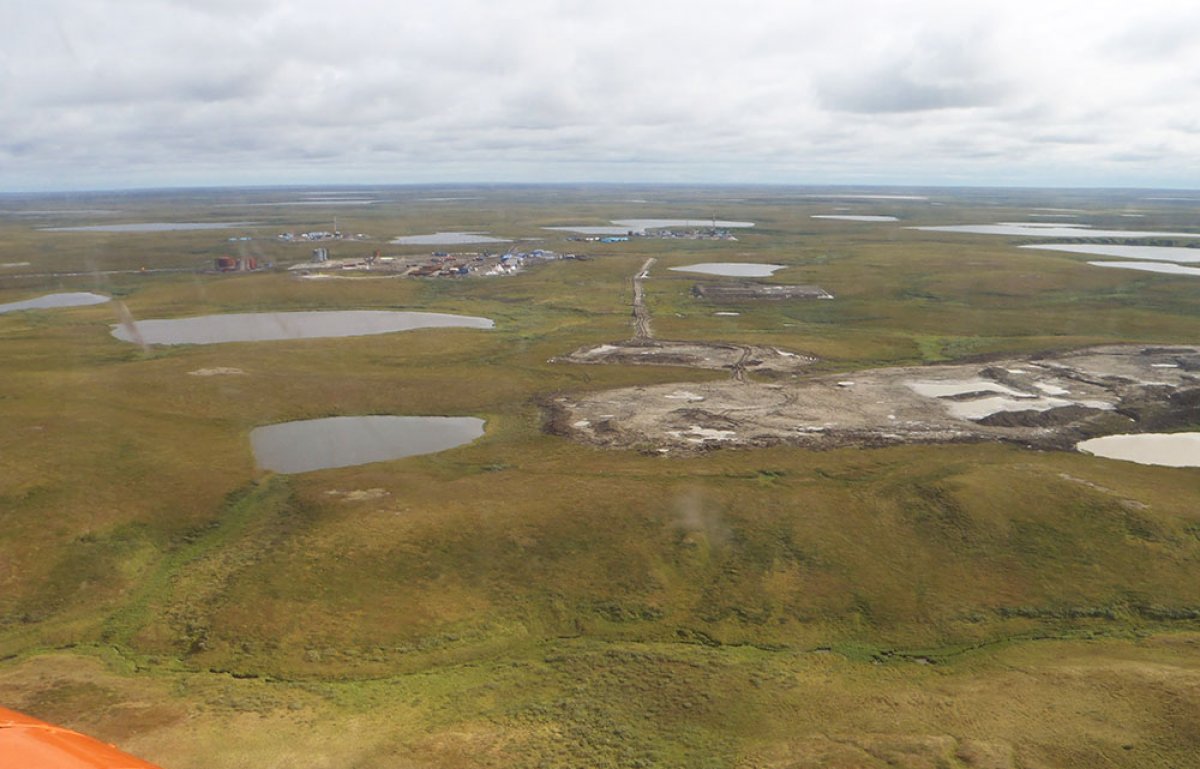 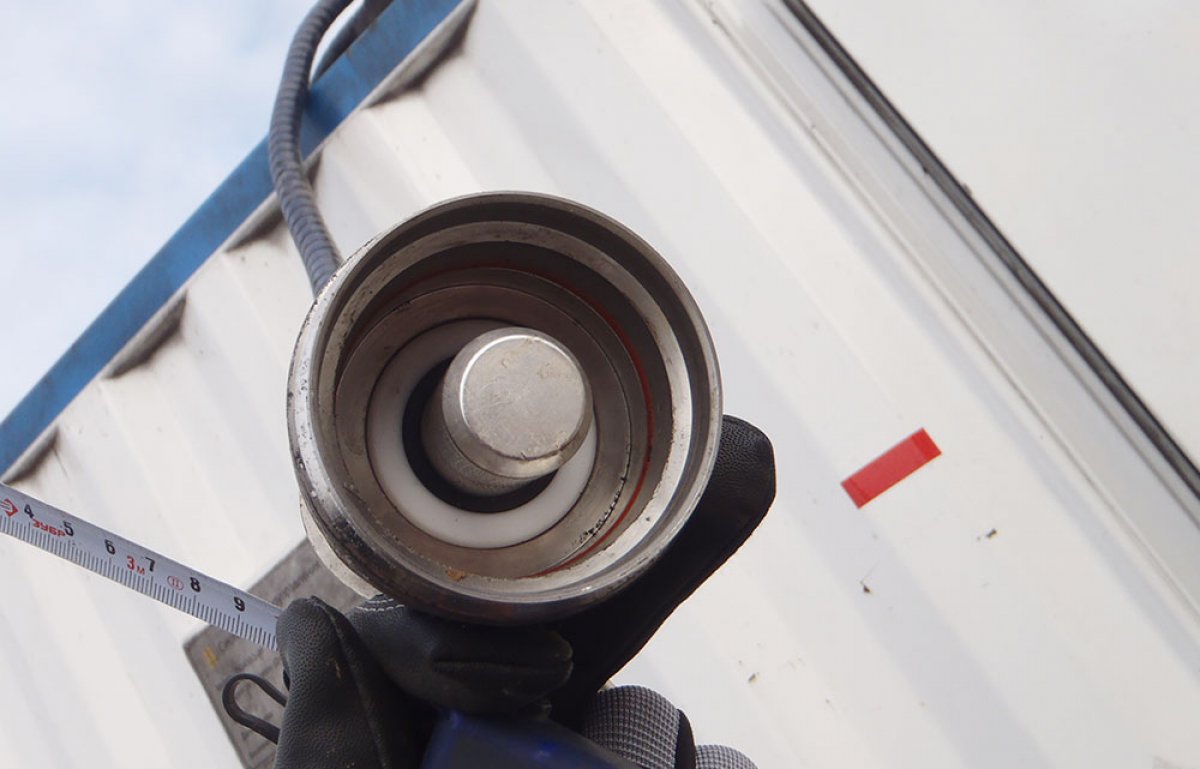 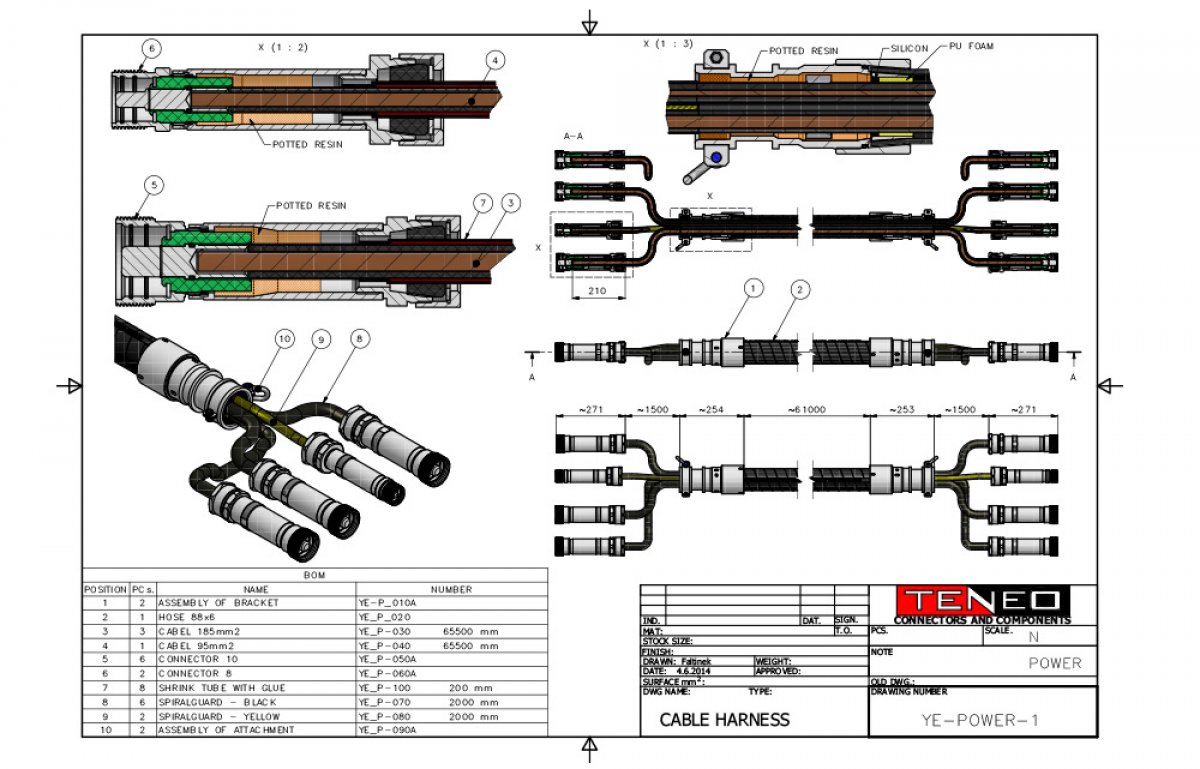 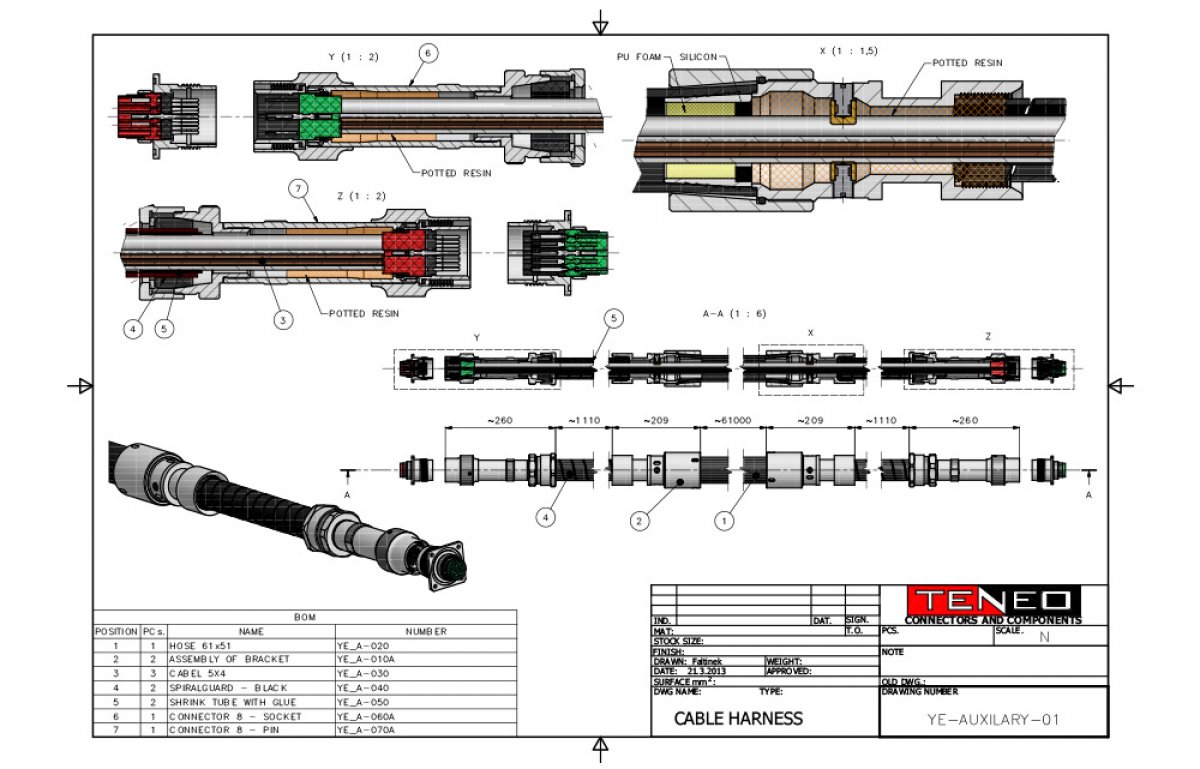 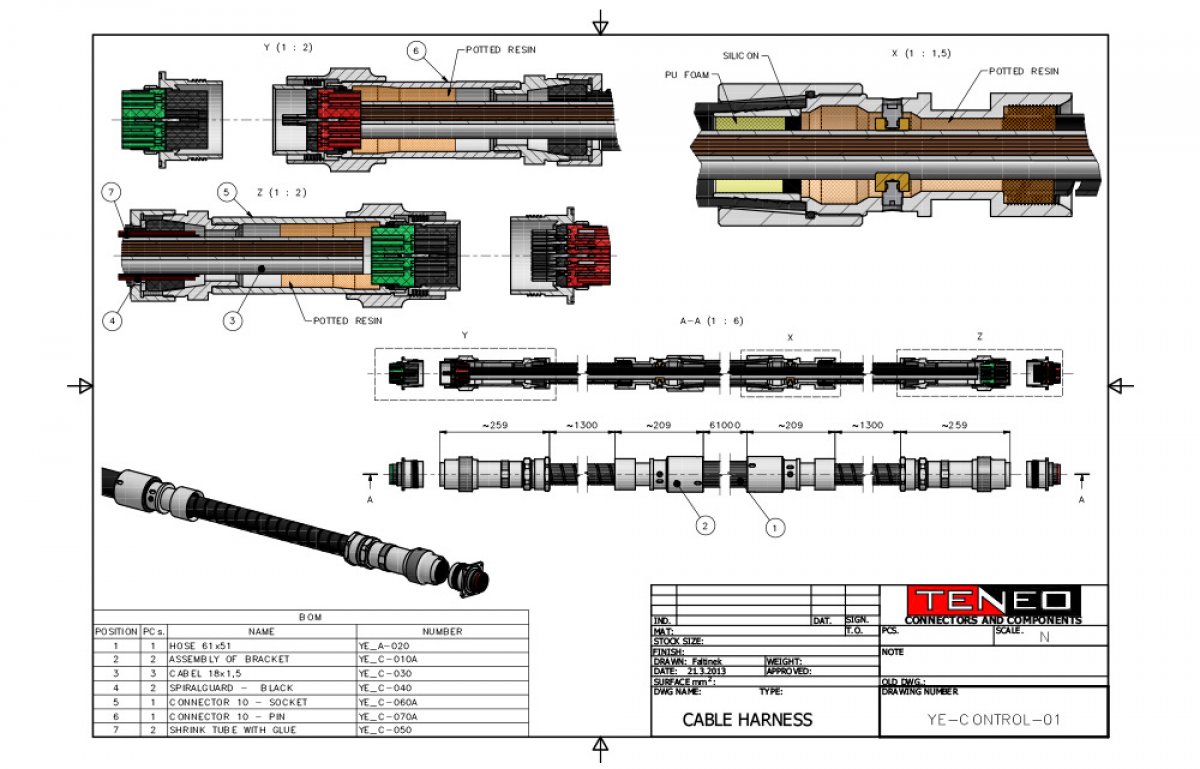 Usinsk, Russian Federation
After only a few months in the extreme climatic conditions of Russian Siberia, unbranded Chinese cable harnesses have reached the end of their life. For the client, the priority was to quickly replace them without restricting work, preferably for a single day. In the tense time limit, we managed to succeed where the solution seemed too complicated to others.

Usinsk lies in the western foothills of the Polar Urals. Although the temperature in these Arctic regions drops below -45 ° C, the company ENISEY drills all year round. It was the inhospitable climate that was the main reason for the total destruction of the power, auxiliary and control cable harnesses that the Chinese manufacturer supplied to the drilling rig. Even after one winter, there was an acute need to replace them.

The operator no longer wanted to take risks and was looking for a robust solution of the highest possible quality. However, due to the absence of technical documentation and the incompatibility of Chinese technology, this had to be a custom made solution. ENISEY has approached several Western and domestic manufacturers with a demand for the development, supply and installation of wiring harnesses containing custom-designed connectors. Such that it will be possible to connect to the existing Top Drive, switchboard and other auxiliary equipment of the drilling rig without the need to replace them or costly modificated them.

The non-standard solution proved to be an insurmountable obstacle for most suppliers. But not for us. We undertook a risky project with maximum involvement. Despite the distance of 3,700 km, several hours of time shift and complex communication with drilling rig technicians, we managed to invent, design, manufacture, laboratory test and finally modify and install 400 meters of cable harnesses with a total weight of over 8 tons. In just 3 months from the signing of the contract, we were able to flexibly provide ENISEY a full-fledged solution that was not part of any product catalog and the project was created from scratch according to the narrowly specified needs of the customer.

In this complex project, we have proven that our philosophy "every problem has a solution" is correct. Thanks to the desire to customize, develop in a flash and create prototypes, we can meet even in complex cases from which world leaders give up. We then received a positive award from ENISEY representatives mainly thanks to a holistic solution from A to Z and uncompromising quality. However, thanks to more than five years of trouble-free service, we have exceeded the service life of the original Chinese cable harnesses more than a thousand times! 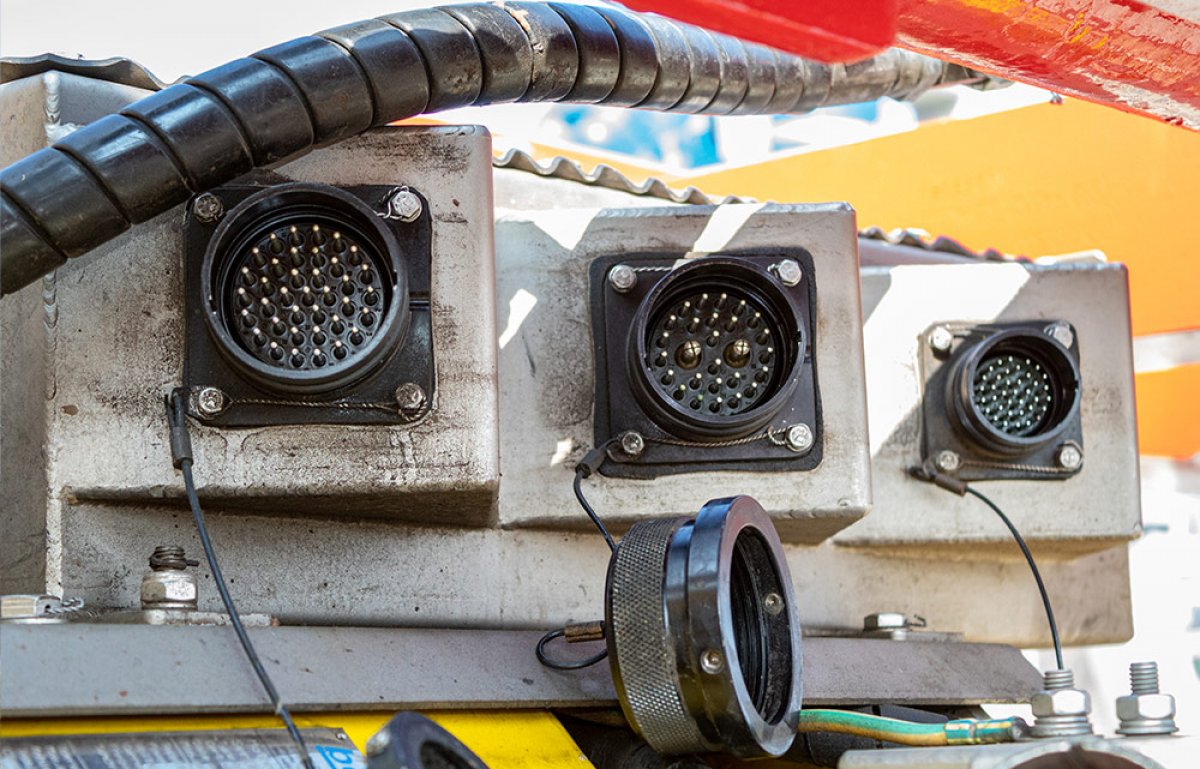 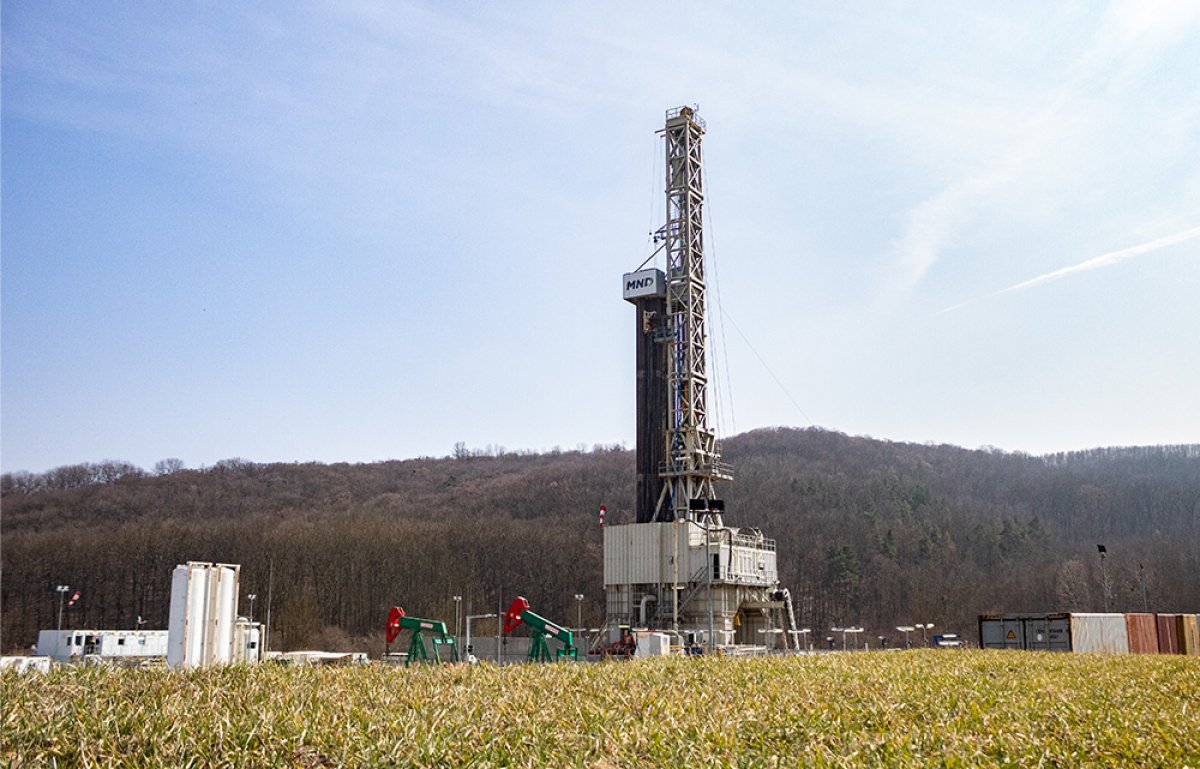 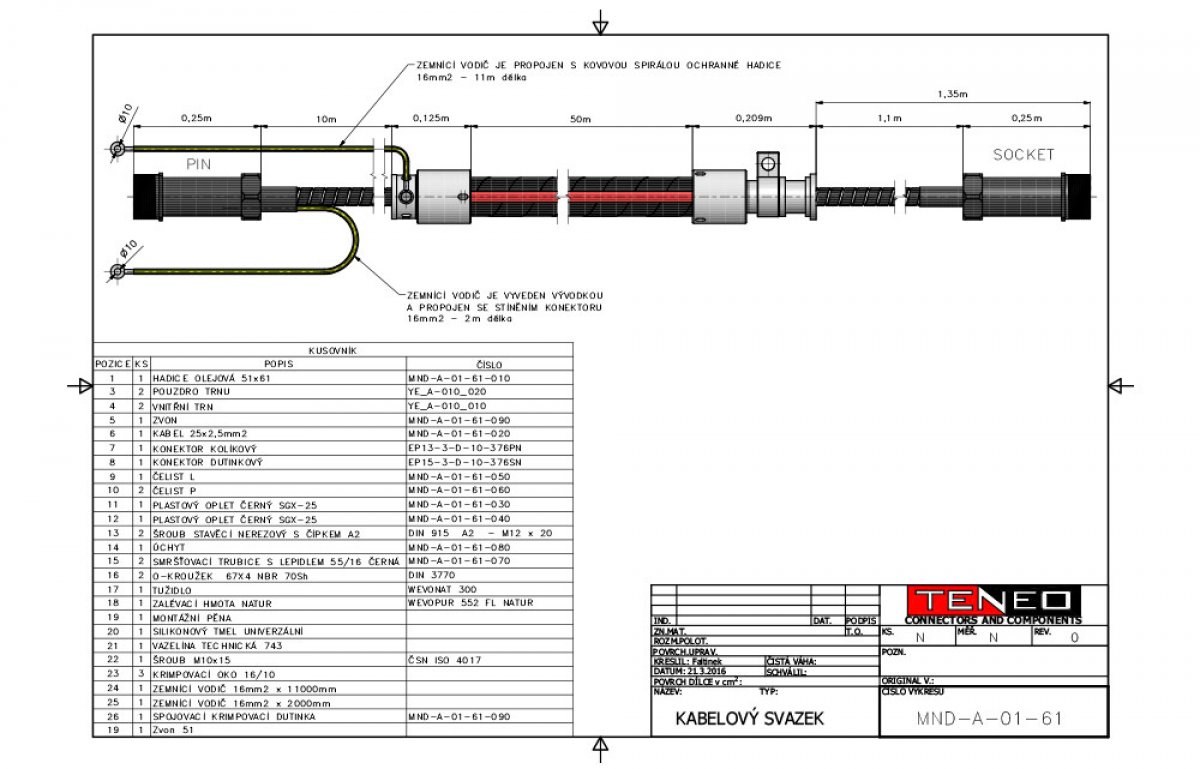 Borkovany, Czech Republic, Europe
MND a.s. is a leading Czech company engaged in oil and gas extraction. It operates not only in Europe, but also in the Middle East, North Africa and the countries of the former USSR. An auxiliary cable harness was damaged on one of the mining towers in the Czech Republic. To mitigate the economic impact of the disorder, it was necessary to find a quality and quick solution as close as possible to the epicenter of the problem.

At the beginning of this sudden cooperation, no one knew that a long-term partnership was being established with countless future orders. It started in 2016, when the night shift of the Bentec drilling rig located near the small Moravian village of Borkovany reported a non-functional connection in the auxiliary branch leading to Top Drive. The error turned out to be in the wiring harness leading from the main switchboard. The bundle was damaged in the connection to Top Drive due to long-term service.

When looking for a supplier who would be able to react quickly to the situation, people from MND and TENEO approached. Due to our previous experience in the mining industry, the status of a direct manufacturer of EX connectors of the TEX series and the ability to react quickly, we have proven to be the most suitable choice.

We therefore went to Moravia the next day. After an on-site inspection, acquaintance with the Bentec tower and precise focus, a discussion of the basic technical requirements and materials used followed. The wiring harness must be ready for continuous operation of the offshore oil rig. Long-term resistance to aggressive petroleum substances, rough handling is expected and the individual elements of the bundle must meet the demanding conditions of EX certification for use in explosive environments.

We processed the project documentation without delay, delivered a detailed drawing of this tailor-made cable harness, a list of its components, confirmed certifications, warranties and the delivery date. After the production and assembly of the bundle, which took place in our modern factory in North Bohemia, only careful packaging and transport to Moravia followed. The client received a complete EX cable harness in the AUX-SERVICE-LOOP design for his Bentec drilling rig in less than 2 months from the first contact. The volume constructed by us has been doing its work for an incredible 4 years.

Want to know more about
complex solutions for mining systems? 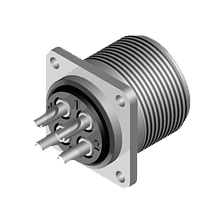 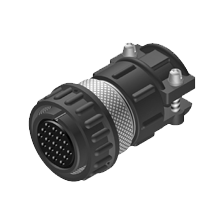 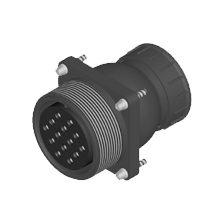 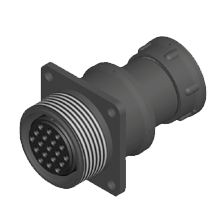 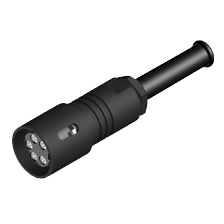 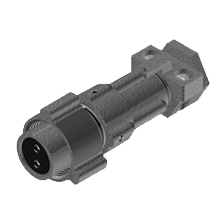